So...how cool am I?  Yesterday I went to my very first library camp!
Yep that's a camp/conference all about libraries - and on a Saturday. 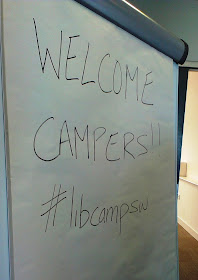 Without wanting to sound too much like some sort of a sad "shhush" librarian cliche, the day was pretty cool. 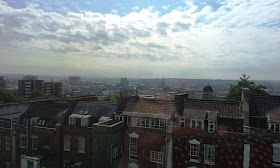 Beautiful view of Bristol from our camp

There's several library camps throughout the year and they happen all across the country based on what's called 'open space technology'. They're often called an 'unconference' where, basically the idea is anyone can go to the event, people who want to can pitch an idea for discussion and then workshops and groups take place where you choose what to attend. If you feel you're not getting anything from a talk, then just up sticks and find something else to join in with. 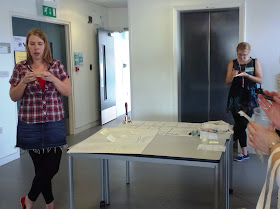 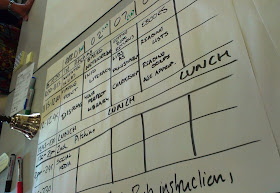 I did feel a bit of a fraud compared to everyone else as I'm sure I was the one of the only people there who didn't actually work in a library, but at least I could say I have worked in one, and I am studying towards a library degree. Everyone seemed really nice though and it was great to be in the company of lots of others who are all interested in the same things as you. 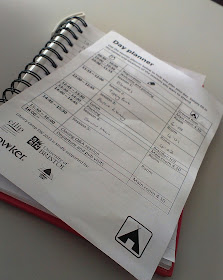 There were lots of workshops to choose from - the ones I attended were about eBooks, social media, designing your perfect library and a very heated debate about whether libraries are obsolete! (the consensus was possibly yes in a traditional sense, but no in an ever-changing new information centre/library sense) 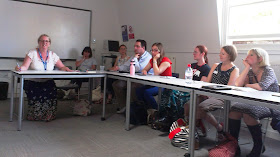 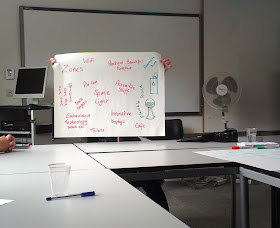 What makes a perfect library?

Everyone had brought food for a picnic; my contribution was a Nigella Lawson's Store-Cupboard Chocolate Orange Cake (can't find the recipe on Nigella's website but several other bloggers have helpfully put it online). The cake seemed to go down well and we all sat outside for lunch in a nearby park while the squirrels tried stealing our food. 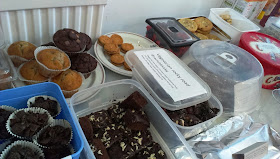 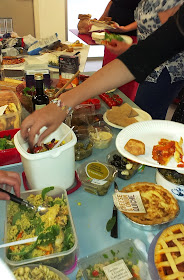 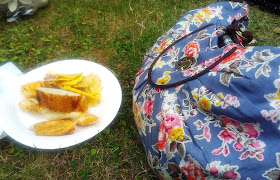 Last activity of the day was a Rhymetime session - complete with floaty parachute, Nile the Crocodile and Five Little Ducks! 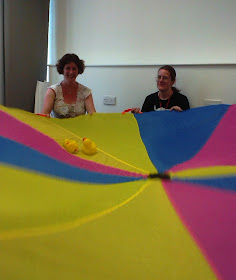 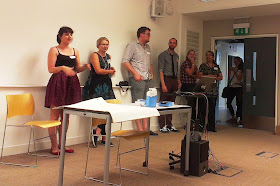 All in all, I think a good day was had by all, there were lots of views shared, lots of food eaten and lots of topics to explore!

Thank you very much for all your lovely comments; I do have every intention of replying but sometimes life with a toddler gets in the way...